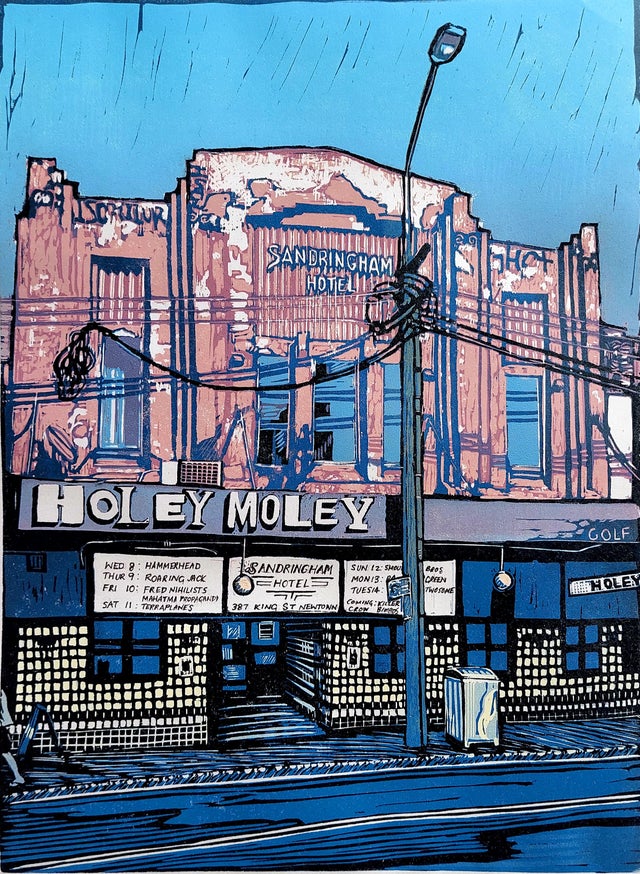 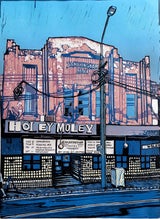 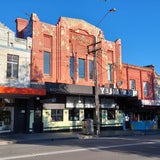 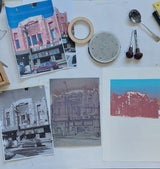 The Sando Hotel sits on King Street Newtown and is best know for it's live music from the 1980's and 90's. My print pays homage to some of those bands that played there as well as to it's grungy peeling paint, a facade that's seen better days.

The pub first opened in 1870 and has had a long history and is the spiritual homeland to several of Sydney's bands, including Frenzal Rhomb, Bughouse and The Whitlams.

Before renovations in the late 1990s, the pub had a unique layout. The bar had an art-deco theme and was essentially a large square in the middle of the pub. It was possible to sit at the bar and watch the band who were at the other side of the bar in the corner. The front-middle stage used to jut into one corner of the square bar allowing performers to rest their beer on the bar at the front of the stage. Between 1980 and 1998 the pub was a thriving live music venue, at one point (1985-1998) hosting live music seven nights a week and "operating as a gateway to the wider inner Sydney pub rock scene".

This original lino print is made up of a series of layers of colour and finally I have hand written the names of bands in the blank signage below the awning. This feature allows your print to be customised if you wish.