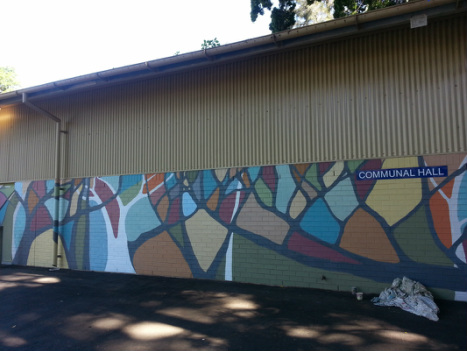 This mural was originally designed by me and painted by year 5 and 6 students at Newtown Primary School in 2011 as part of an end of year project.
After being recently graffitied I was engaged by the City of Sydney Council to restore it in December 2013 and the image to the right shows it in it's present state.
This page is in the development phase !! 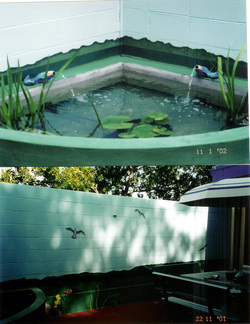 I was commissioned by the then South Sydney Council to work with members of the Waterloo Activity Centre to create this mural in 2001. It featured sea creature tiles painted by the members and water features made by me. My partner John Caley designed and installed the pond. 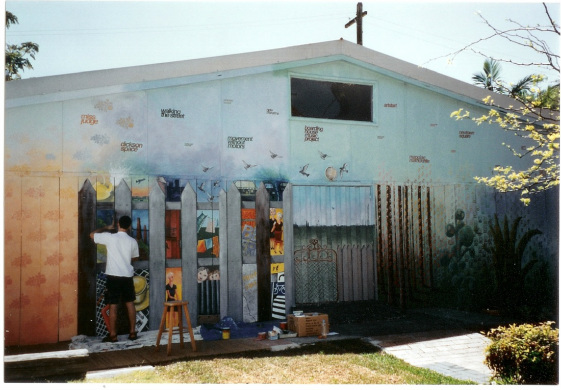 I worked as a volunteer on this mural at the Inner West Space, Dickson Street Newtown in 2002.