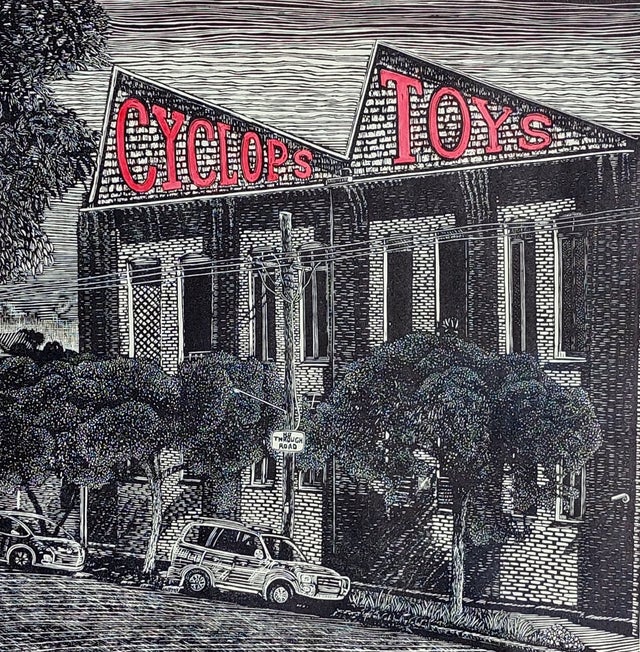 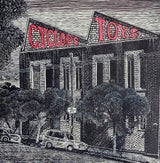 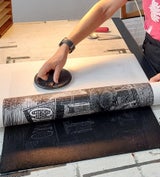 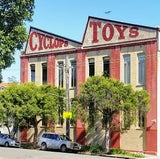 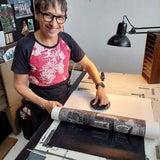 This original print shows the Cyclops Toys building in Leichhardt, Sydney. Most kids growing up in Australia in the 50s and 60s had a cyclops ride on. Mine was a yellow and green dinky which I would whizz down our side path on as a child.

I photographed this building early this year and have spent a couple of months carving and proofing it until I started printing this edition.

This image is part of my Disappearing Traders Series I started in 2020.

This building has been converted to a set of designer apartments but in its day played an important role in ensuring Sydney and Australia’s children had toys during the early to mid 1900s. During this time the supply of toys from Europe had dwindled due to the two world wars and the great depression. This particular building has it’s first record as Cyclops Toys in the directory listing in 1930.

Cyclops started building tricycles in 1913 but expanded its operations to scooters, pedal cars, doll prams and other tin toys. Possibly their most famous of these being the dinky tricycle that many of us Aussie kids grew up with.

Cyclops also lay claim to having the first mass produced Australian car (a pedal car). By the 80s they had over 50 models of all variety of toys available.