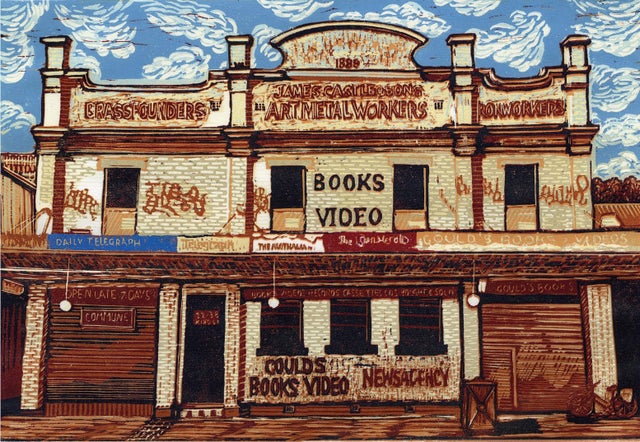 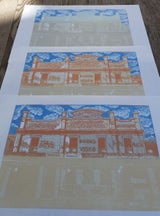 Gould's book store was located on the north end of King street, Newtown until about 2010. The shop was originally an art and metal workers business called Castle and Sons.

Robert Stephen "Bob" Gould (1937 – 22 May 2011) was an Australian activist and bookseller. He was a leader of the anti-conscription movement, and of protests against Australian involvement in the Vietnam War, in the 1960 s. He went on to become a successful second-hand bookseller.

A smaller Gould's is now situated on the southern end of King street managed by his daughter.

This print is one of my Disappearing Trader's series on show at the Corner Gallery, Stanmore from the 25th September until the 4th of October 2020.